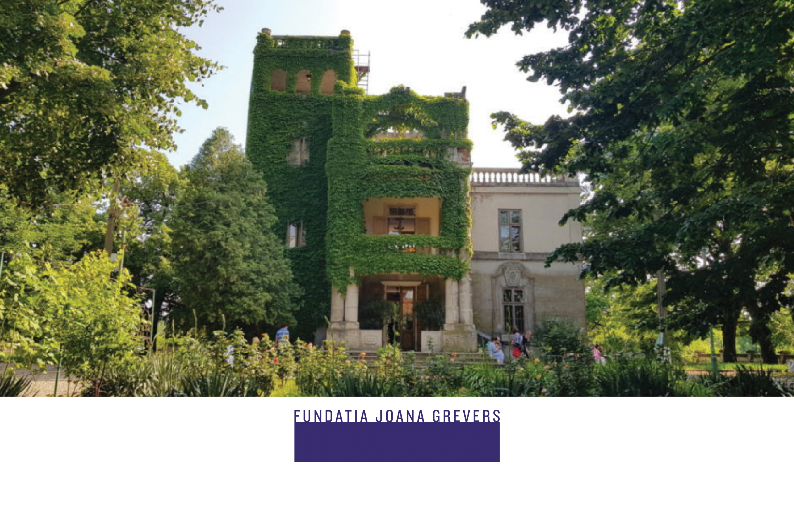 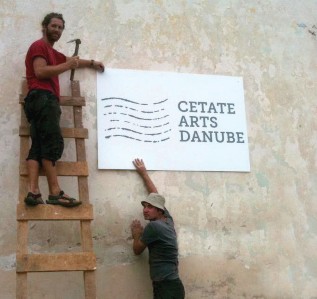 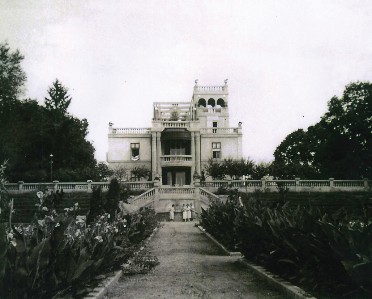 archive picture of the Barbu Druga Castle from Cetate, 1920s

1. HISTORY OF THE FOUNDATION AND MISSION
The Joana Grevers Foundation is a non-governmental organization established under the Romanian law in 2008 by Dr. Joana Grevers, successor of the remarkable Romanian industrialist Barbu Druga. The founder, a doctor of both medicine and art history is a member of the Peggy Guggenheim Collection Advisory Board and the Eastern European Acquisitions Committee of Tate Modern in London.

The Foundation is an active promoter of contemporary art in Romania. Its “Cetate Arts Danube” program unites artists from many parts of the world in creative residencies, contemporary art exhibitions, symposia, conferences and workshops. Over time, Cetate Art Danube has become a vibrant, thinking and working place for artists.

The main goal of the Joana Grevers Foundation is to create a sustainable and prestigious International Art Center with Cetate Arts Danube. The Foundation’s aim is to put this place on the global art map and help Romanian and International Artists to thrive by offering them multiple opportunities to create and develop their ideas and practice. For this purpose, the Foundation is in constant interaction with global public art figures who regularly get invited to Cetate Arts Danube events to meet the artists and the wider local community.

The Foundation pursues efforts to continue financing art activities and plans the development of the ensemble into a multivalent space – including the sculpture park, art studios, artists’ apartments for short and long period residences, indoor and outdoor exhibitions spaces, video projecting rooms, and a staging area with amphitheatre seating for theatre and art performances.

Cetate Arts Danube is an art space located on the shores of the Danube in the South-Western part of Romania, in a village called Cetate situated in the Oltenia region. Many Romanians would describe Oltenia as “authentic”, far from artificial touristic folklore. The region’s determining characteristics are the predominance of agriculture and the preservation of unaltered local traditions and culture. The proximty to the Danube is very important for the Foundation. We intend to collaborate with Danube cruises companies, offering a wider range audience the opportunity to explore the region and experience Cetate Arts Danube.

The Art Center and the architectural ensemble consist of the castle, a baroque park and seven additional original buildings that used to form the Druga agricultural estate. The activity of the Foundation is deeply rooted in the “Druga Castle” estate. Its architecture and local cultural heritage represent a permanent inspiration for the artist community participating in the various events; this interaction between the old and the new creates a novel and unique identity of this place.

The Cetate Sculpture Park is a permanent outdoor exhibition of contemporary art created in 2008. It has been gradually expanded during the following years through the contribution of artists participating in the Artists in Residence Program. Currently on a surface of 5 hectares more than 30 artworks are on display. We intend to open the Cetate Sculpture Park to the public during the spring-to-early-autumn season. Weekly guided tours and conferences will be organized involving participation of the artists whose artworks are displayed in the park; these activities will eventually lead to the creation of employment opportunities for art school graduates.

Since 2013 the Joana Grevers Foundation is involved in the care and management of the artistic estates of 20th century artists Vincentiu Grigorescu and Romul Nutiu.

The rediscovery of Italian-based artist Vincentiu Grigorescu (1923, Bucharest-2012, Castelnuovo Magra) is a process that began in 2013, soon after the artist’s death. Art historian Dr. Joana Grevers was, among others, instrumental in placing this important figure of the 1960/70s avant-garde back on the art history map. The Foundation soon started to show Grigorescu’s paintings in different solo and group exhibitions, curated by renowned curators, such as Ruxandra Demetrescu, Liviana Dan or Marzia Ratti in Bucharest, Cetate and Munich. Vincentiu Grigorescu’s work was succesfully presented at Viennacontemporary art fairs 2014 and 2019, as well as at the Rediscovery section of Art Brussels in 2020. 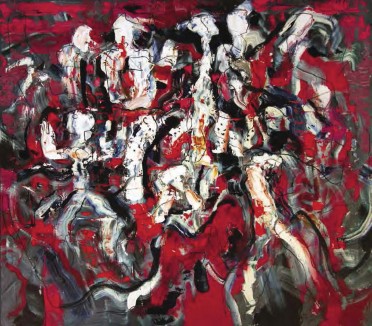 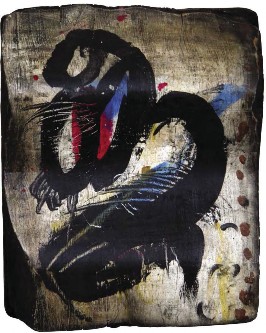 Romul Nutiu (1932-2012), a dear friend, was one of the first artists whom Joana Grevers encountered in Romania and who started a fruitful collaboration with the Foundation. Romul loved the magic of the Cetate Arts Danube ensemble and enthusiastically participated in the firsts editions of the Artists in residence program. The biggest achievement of the Foundation in perpetuating Nutiu’s legacy as a prominent representative of abstract expressionism in Eastern Europe was the exhibition “Abstract Expressionism Behind the Iron Curtain” at the Pollock – Krasner House and Study Center, East Hampton, USA.

Since 2016 the Foundation has organized 4 art exhibitons at Cetate Arts Danube:

The almost two thousand m2 surface on two levels of the Granary is currently used as an art and exhibition space for artists in residence and hosts most of the indoor art created at “Cetate Arts Danube”, the Foundation’s main program. 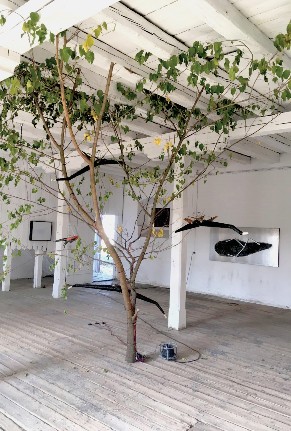 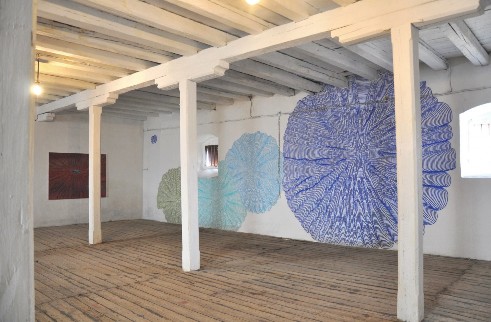 views from the exhibition Herbstausstellung, 2018, the Granary, Cetate Arts Danube 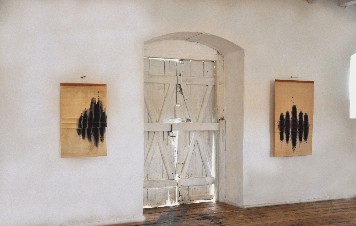 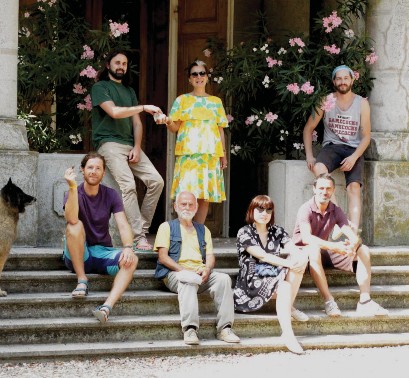 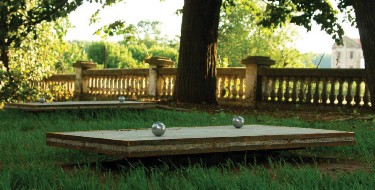 From 2008 until now, the Joana Grevers foundation organised 13 editions of Artists in Residence – Cetate Arts Danube, of which three (2015, 2017, 2019) were co-funded with AFCN (Administratia Fondului Cultural National), the other ten editions being exclusively supported by the Foundation. The Residency & Exhibition held at Cetate Arts Danube in 2019 had the titile “A Villa of One’s Own” and was part of the French-Romanian Season. “The Season” project designed to strengthen the cultural, economic, scientific and civic bonds that historically link the two countries, is aimed to present today’s Romania in a new light to the French public. 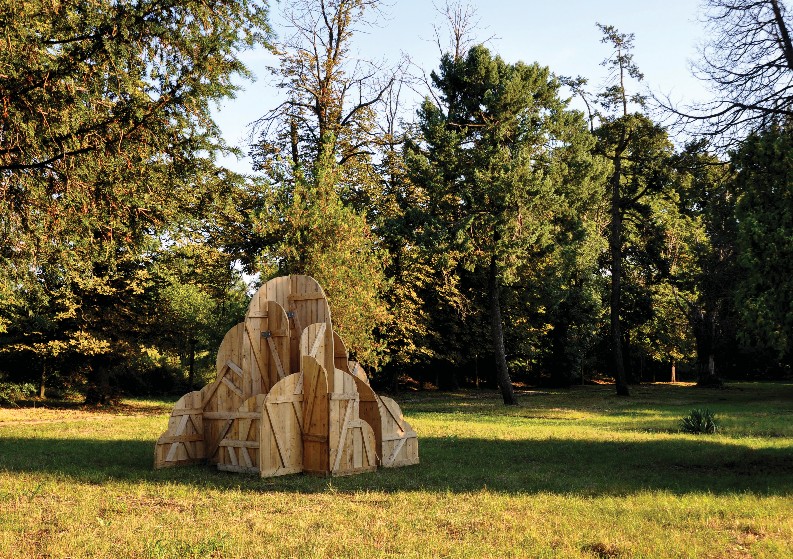 8. RENOVATING THE AGRICULTURAL BUILDINGS, REPURPOSING THEM FOR ART | THE CHAPEL 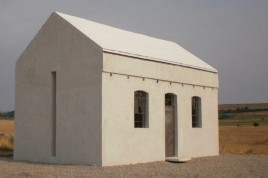 The Chapel, 2013, exterior and interior,

The blacksmith workshop was renovated and transformed into a chapel, inaugurated in 2013 as Saint Maria Chapel. The arhitect Alexandra Afrasinei created and supervised the project, the artist Cristian Raduta made the iron door and the artist Anca Bodea painted the “Annunciation” pannels inside. The chapel is surrounded by lavender fields and land art, harmoniously merging art into agricultural surrounding. Maintaining and restoring other buildings of the ensemble are dear to our heart and require considerable effort and attention. 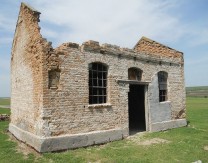 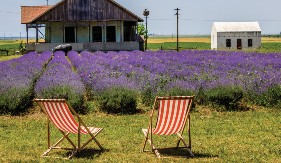 Since 2008 the Joana Grevers Foundation has funded the publishing of 25 books, exhibition catalogues, artist catalogues, memoirs. Among them: 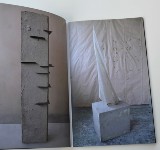 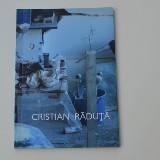 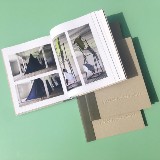 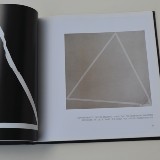 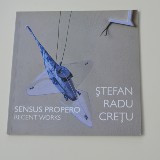 Over time, Cetate Arts Danube was visited by numerous international curators and art collectors, such as advisory board members of the Peggy Guggenheim Collection, Venice and the international patrons of the Pinakothek der Moderne, Munich.

The Museum of Art, Timisoara, Romania

The Academy of the Senses, Reykjavik, ISO 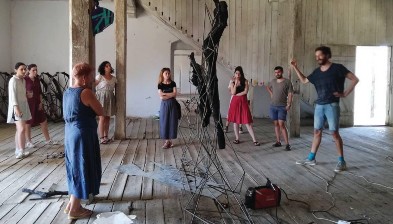 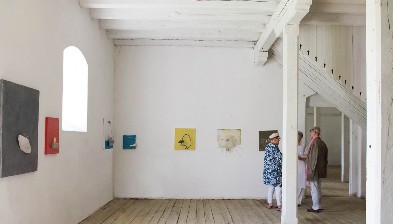 The Joana Grevers Foundation organized charitable auctions for the benefit of the JOYO Foundation (2012) and Asociatia Alternativa 2003 (2011), both sustaining children in difficulty, in Bucharest. 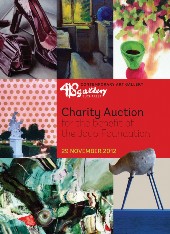 We are pleased to invite you to the Charity Auction 2012

in partnership with the Joyo Foundation, and under the patronage of H. E. Andreas von Mettenheim, Ambassador of Germany in Bucharest, for the beneﬁt of the JOYO Foundation.

The social and educational activity of JOYO Foundation is an “investment” in the future of less fortunate children, who come from very poor families. The foundation oﬀers support to these children through socio-educative projects, which aim at preventing school and family drop-out, school reintegration, obtaining a professional qualiﬁcation and occupying a work place.
For 10 years, the Ebbecke family, the founding family, makes remarkable eﬀorts in ﬁnding the necessary resources for helping these children to have a chance for a better future.
www.joyo-foundation.ro
To be auctioned are 36 works provided by a generous group of artists, including: ANCA BODEA, MARIA M. BORDEANU, ŞTEFAN RADU CREŢU, ADRIANA ELIAN, ROMUL NUŢIU, CRISTIAN RĂDUŢĂ, AUREL VLAD

and linocuts by the children who are supported by JOYO Foundation.

Preview of the auctioned works on the 27th, 28th and 29th of November

for the beneﬁt of

The charity auction is organised by

in partnership with the Alternativa 2003 Association, and under the patronage of H. E. John Morahan, Ambassador of Ireland in Bucharest, for the beneﬁt of Asociaţia Alternativa 2003.

ALTERNATIVA 2003
is a voluntary association which developed out of an initiative by a number of parents to help young people with intellectual disabilities by providing services to develop their personal, social and vocational skills to lead a normal life and to integrate into the wider community.
www.alternativa2003.ro

To be auctioned are twenty-ﬁve works generously donated by an extraordinary group of artists and the 418 Gallery:

and linocuts by young people who are supported by ALTERNATIVA 2003 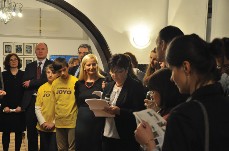 images from the Charity Auctions at 418 GALLERY, Intrarea Armaşului No.12, Et. 2, Sector 1, Bucharest 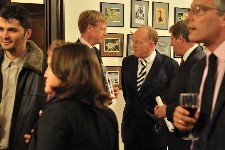 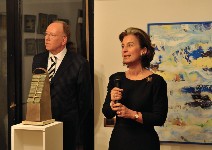 GET IN TOUCH WITH US:

FOR SUPPORT AND DONATIONS:
supporters@fundatiajoanagrevers.com 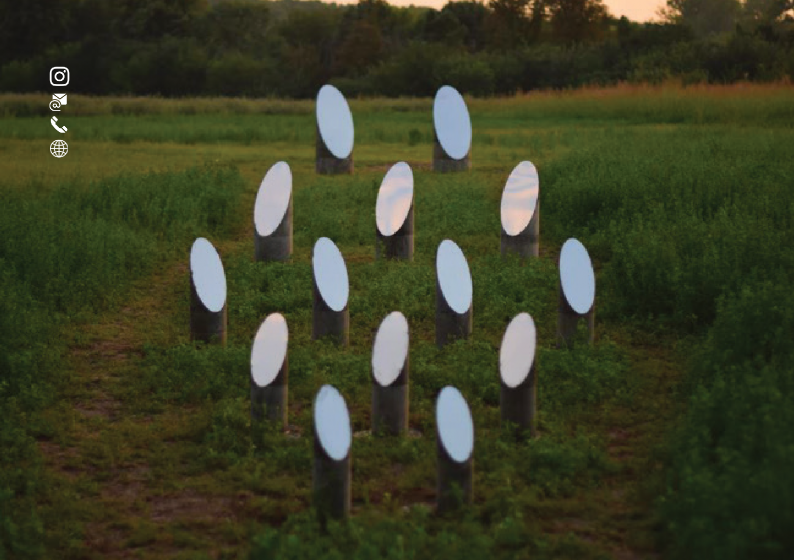